When we first began noting a tick list of features that our dream home would contain brick slips in the kitchen was one of the first things I noted down.   I’ve always liked the raw feel of them and feel they are a are a great way to add character to your home.   An alternative to paint and wallpaper, these light ‘thin slices’ of brick are a statement feature that can transform a room. 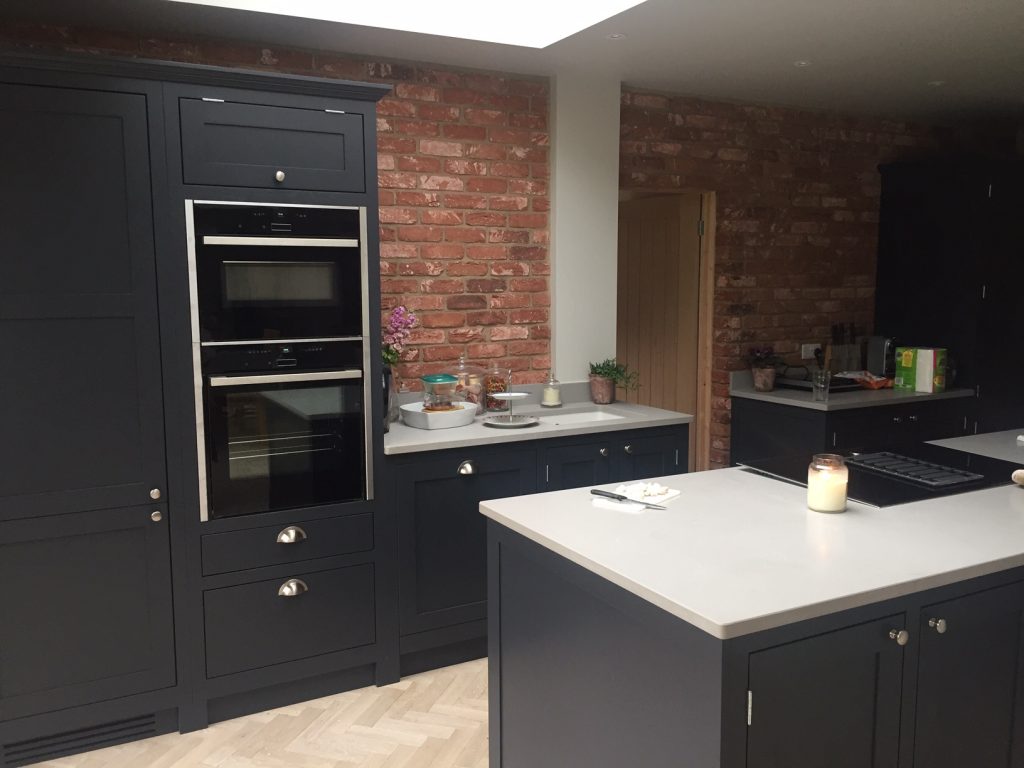 So where to buy brick slips?

Simply googling and you’ll see an abundance of suppliers.   We found there were two different type of brick slips, those made specifically as slips (in molds) and real bricks that had been cut for this purpose.   A year or so ago we were at a home renovation show in Birmingham and I saw a trade stand which had these bricks on display.  I liked the style and the colour – you’ll pretty soon discover there is a huge variation in both.    We naturally wanted to compare and constract others so ordered brick slip samples from Ibstock Brick and Brick Slips UK. 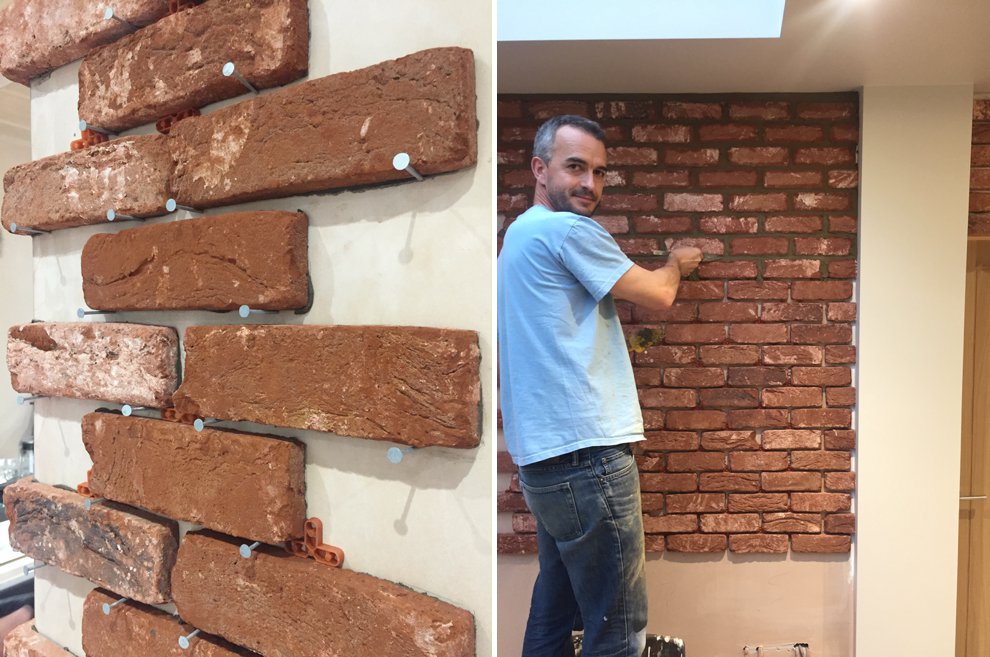 How we fitted our brick slip wall

We began by priming the surface (fresh plaster) with a PVA/water mix – we asked our plasterer to mix this for us so can’t recall the exact ratio but it will tell you on the packaging.    We then marked on the wall the specific area where the slips are going, only putting them where they will be visible.  Our priority was the kitchen area as the slips needed to be on the wall before our kitchen was delivered.  We had a deadline to hit and that was the motivation to be out in the kitchen every night after work, late in to the night working on the wall.

The critical point for our wall is where the door reveals and header slips meet, i.e. the top corner of the door frame.   Our advice would be to mark, measure, cut and place these slips in first.  Everything then works off of this point.

Mix your adhesive in a large bucket and apply to slips using 6mm square slot trowel.  Before you place your slips on the wall do give them a wipe down with a brush as they’ll be really dusty (brick dust).

Working from the top of the door frame down to where the lowest slip will sit, level each slip as you go using a levelling rule.  You then pin each brick in place until they dry, this gave us fine adjustment on their position.  This is not necessarily the conventional way to do it but it helps to hold them in place (and stops them sinking down the wall given their weight). 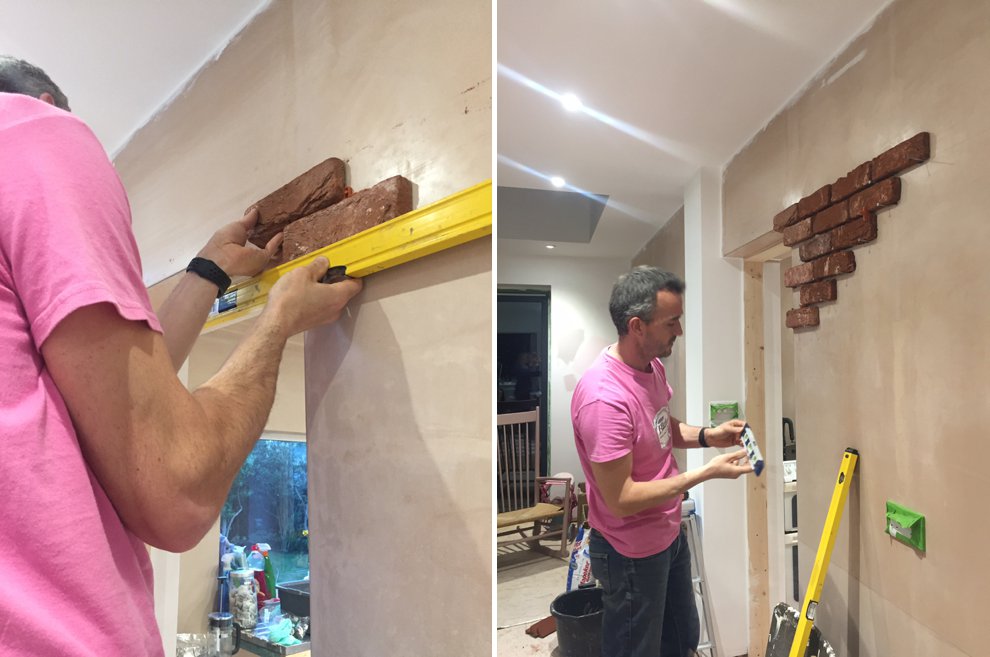 Once the bottom row is confirmed, we placed a piece of baton on this line and then start to build back up….the baton meant that we don’t have to pin the slips while they are drying (this is the conventional way to wall tile and how we’ll do the other wall at the other end of the extension – which isn’t as time critical to do in our project).

Our experience was that these tiles were tricky to tile with as they are very rustic and irregular, (but as a result give the overall appearance and look we are after) therefore trying to get accurate levels from one slip to another while maintaining a regular joint line (10mm wide, and will be filled with a mortar mix) was important.  We learnt that you don’t have to be as accurate as we were trying to be as once its pointed you can’t notice any irregularities in joint gaps between the slips (within reason).

Pointing is a messy business, using the pointing gun we found that the mix had to be wetter than you would normally use if laying bricks (so that the gun doesn’t clog up, imagine you are icing a cake  – you want that consistency).

We have a sieve in the garden that we use for sieving soil.  We used this to sieve the sand that went into the cement mix. Despite having bought plasterers sand (as this was the colour we wanted), this still had some grit in it which blocked our pointing gun, therefore sieving it helped.

This is just how we did it and this was purely working in the evenings for a couple of hours at a time after work.  The adhesive/trowel size/joint size are chosen by us so if you find an alternate way of doing this then do what works for you.  We’re no experts but we got there!  I’m sure there will be many builders / professional trades reading this and probably cringing but the above worked for us and gave us the result we wanted.

The most pleasing thing twas the day the kitchen fitters left and we saw that our measurements were spot on, the brick slips fitting perfectly 🙂 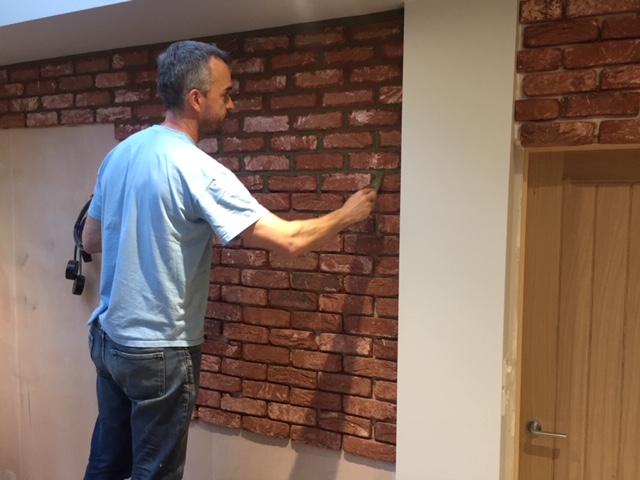 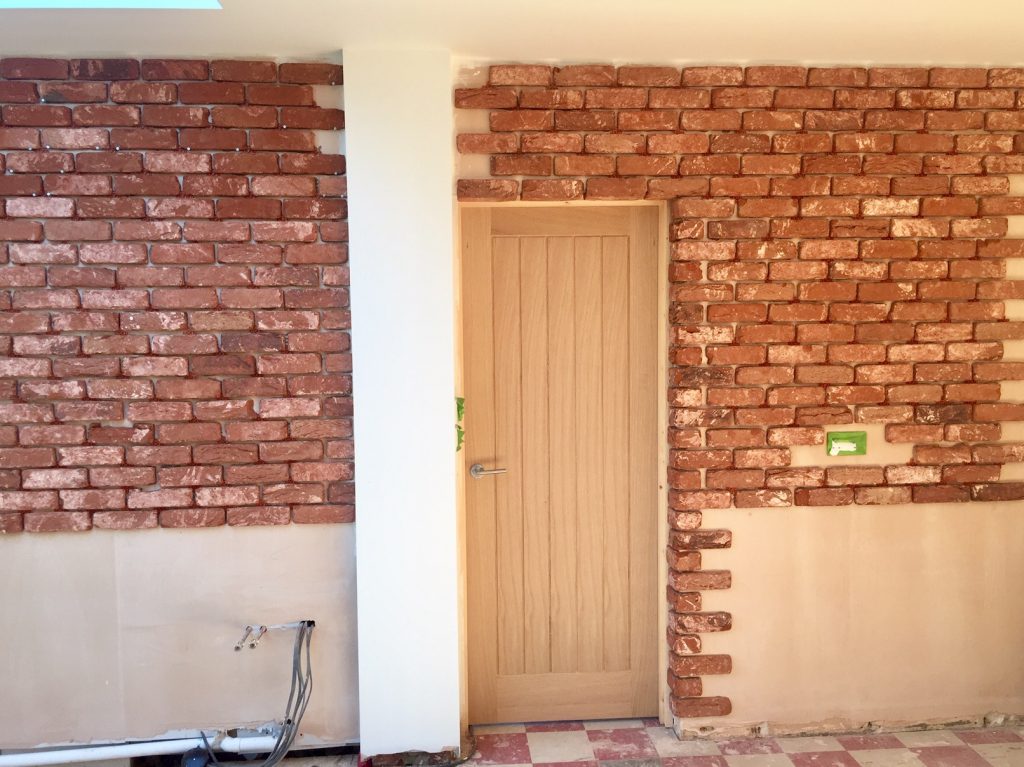 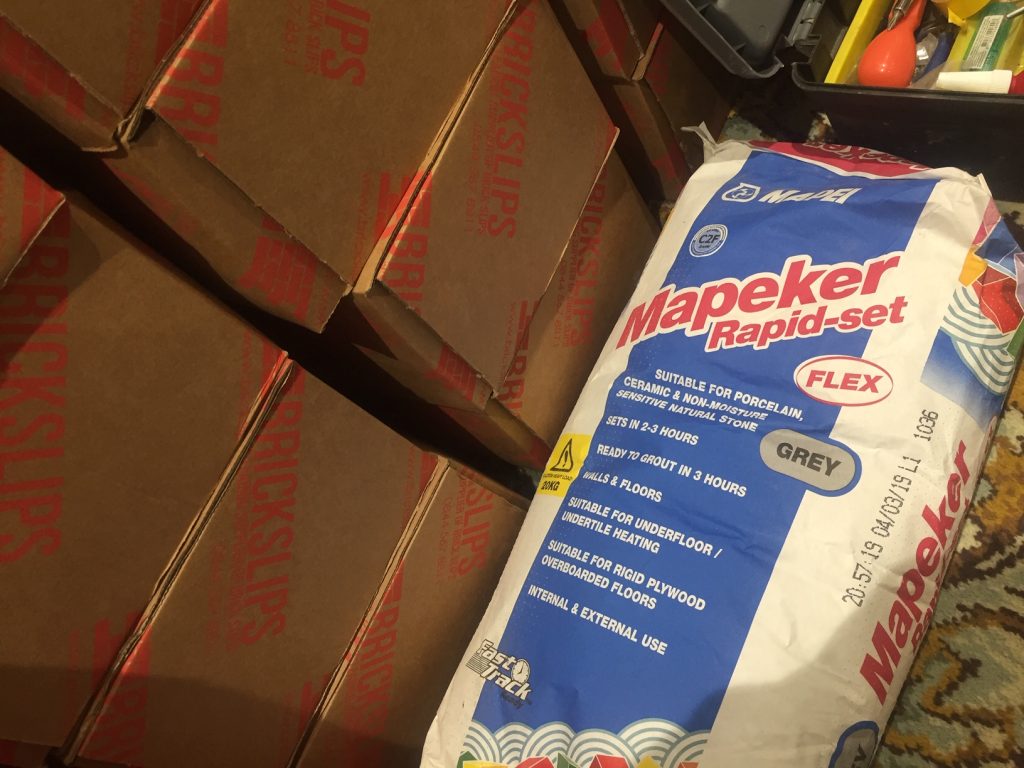 We love how they’ve added the finishing touch to our kitchen – just more interesting than paint in my opinion and I’m really pleased with the overall result.  I can’t take any of the credit though – it’s all my husband’s work!

2 comments on “All Things Brick Slips”