Choosing our kitchen has got to be one of the most important parts of our house design.  It’ll be the heart of our home and the area where we’ll spend a huge amount of time.  Initially I began by looking in home magazines and on Pinterest and Instagram.   We were drawn to the Tom Howley range having first spotted one of their kitchen’s on Just A Little Build’s instagram account.  Whilst we have a very healthy budget for this aspect of the project, I wanted to balance this carefully and therefore after much research we booked in for a design consultation with Neptune and also John Lewis of Hungerford (who were recommended to us).

Prior to this, I asked for input from family and friends who’d had bespoke kitchens previously about what worked or didn’t about their kitchen, feedback included:

All of this advice was really helpful.  So armed with our early floorplans we sat down with Neptune and then a month later met with John Lewis of Hungerford.

Before this meeting I had in my mind that I wanted a large island as a social, central feature.  I already have a vision in my head of everyone gathered on one other side of the island while I’ll be cooking dinner and it just being a real focal point of the house.  We had an island in our last house, with the sink in the middle and it looked over the living room, it worked well.    Space for a big pantry cupboard to enable all my spices, tins and jars to live in was also on my list.   I also knew I wanted a big pan drawer to fit my saucepans and trays in.

This project will see us having a different space, essentially the kitchen will be double the size of the existing kitchen, with both ends open – one end opening in to the playroom and the exterior facing end having bi-fold doors to the garden.  The third wall (which is long) is partly leading to the new extension area and the fourth wall houses the door to the utility.  So it’s a long room but with different openings and areas of walking space that need to be considered. 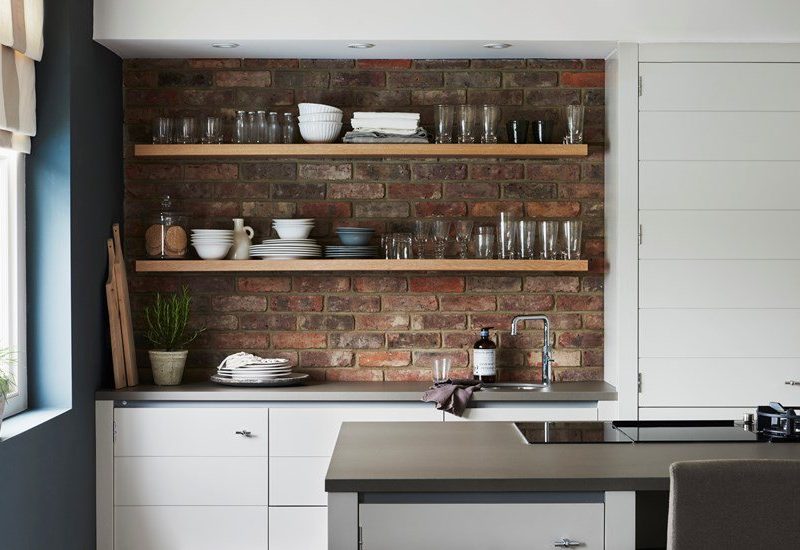 Whilst I’d initially been keen on Neptune’s Chichester kitchen, we ended up having our initial design conversations focusing on their Limehouse kitchen (above).  It’s contemporary and sleek and we felt it would be more in keeping with our style of home.   Over the next few weeks we mulled over the meeting we’d had and something just didn’t feel right but it took us a while to put our finger on it.    It was only after our design visit with John Lewis of Hungerford that we became clearer.    Now I’m not going to say anything negative about Neptune as I love their brand, love their homewares (I’ve purchased most of their stock ready to furnish our finished project), yet there was a real difference in the level of design advice we received.

John Lewis of Hungerford demonstrated greater understanding of how we could make our space work, they identified that our tentative plan would be too narrow on one side to comfortably allow people to walk along.  They also talked about how one part of our design was in danger of almost being a corridor as the design hadn’t given the space ‘a purpose’.  Having things like this pointed out really was invaluable.   We didn’t get down to choosing units or confirming final colour choice at this stage, more scoped out the space and how it could work.  Our next appointment will be to return to see the sketched up designs.   Already we have decided we’ll include a large larder, built in hot tap and think we’ll paint the island in a different but complementary shade to the wall units to tun it into a real focal point.  If we’re really investing in this kitchen it needs to have the Wow factor.

I’m really excited to create this new space.  The proposed design will include a 3 metre long island – directly under a large ceiling lantern.    Its going to be functional and sociable.   Our Architect had initially placed the kitchen sink under the window overlooking the garden, we’ve changed this.   Where a kitchen window was shown will now be bi-fold doors.  We’re also going to have at least one wall with bare, exposed brick work.

So that’s pretty much where we’re at so far… oh and provided the budget will allow it, we’ll carry through the same style of units into the utility.   (Oh and provided the Architect can get it in to the revised plans we are going to go ahead with a laundry shoot!    Hurrrray!!) 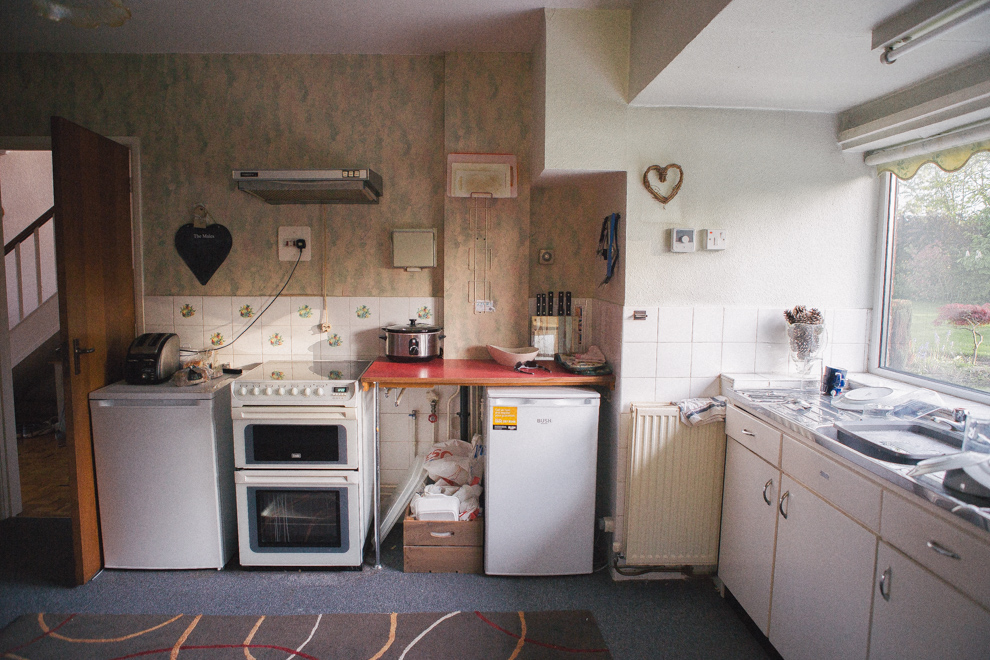 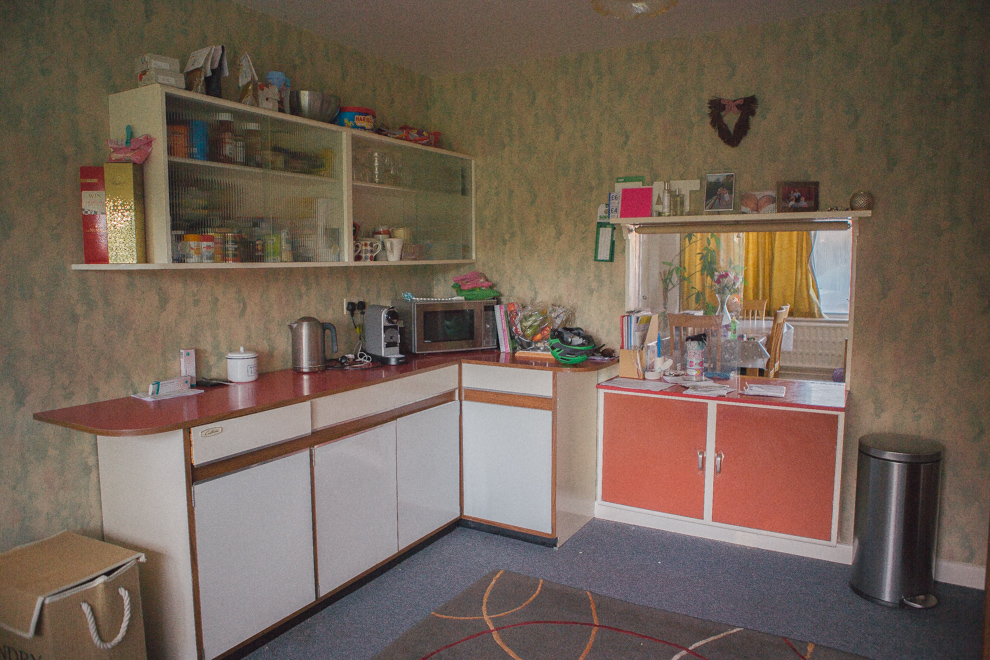 My vision of the after: 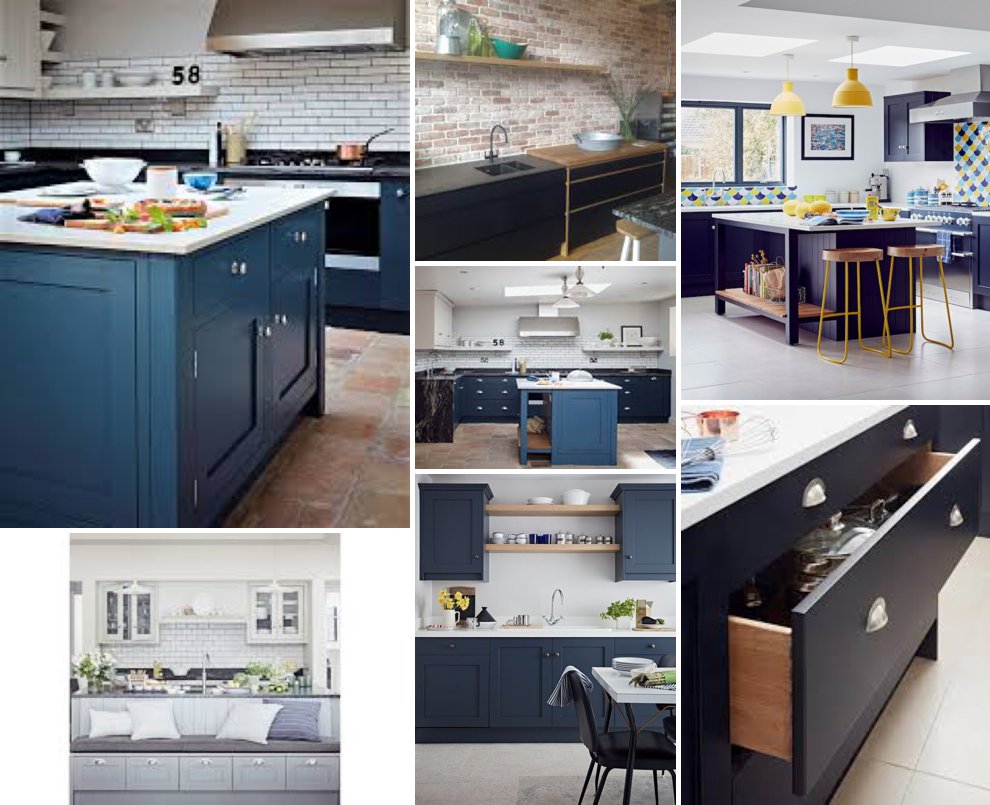 So we haven’t chosen our colours yet but think we’ll have a darker island in a cobalt grey colour and then lighter units, with exposed brickwork walls and then a seating area at one end…. it roughly has elements of the above!!

Are you designing a kitchen at the moment?  If so, do share with me any advice or how you are getting on?  In the meantime my daily instagram stories can keep you up to date with every stage of our renovation progress.

This error message is only visible to WordPress admins