So on Sunday I asked for feedback in my stories about Slimming World, unsurprisingly my inbox immediately blew up.  I’ve already shared on instastories the broad theme of what these messages were saying.   Most folk said ‘stay away‘, the general view being SW (and the other one!) can help with short term weight loss but are not healthy or sustainable long term.   For some people it had led to issues with food.   An example ‘It worked for me at first, lost 2 stone and my dad lost around 15 stone from it, but since I stopped I’ve struggled to keep it off.’

Gemma’s experience echoed some of this: ‘My sister in law lost 5st about 11 years ago and has maintained it ever since. On the flip side, my old uni house mate has lost 12st in the 10 years since we left, but is currently heavier than she’s ever been. She’s been up and down so many times it’s unreal.’

Firstly, in my case I know where I’m going ‘wrong‘ and I want to caveat my use of the word wrong here, I’m not saying that being thin is good and being overweight is bad.  Body acceptance and differing body shapes are totally fine, normal and should be acceptable.  However, for me as someone with a history of heart disease in the family and awareness of my age I want to be thinner.   Thinner but not thin.

I look OK when I’m at the gym but that’s because I’m wearing lycra and that sucks me in, I don’t look OK naked in the mirror.  I can look OK in a midi dress but rock a muffin top like no other in skinny jeans.   So clothing choice has an impact also.  But don’t hate me for saying this, for me Kate Moss was right when she said ‘Nothing tastes as good as skinny feels‘.    So the joy of scoffing a jam tart is spoilt by the disappointment I feel with myself afterwards.  Not because I don’t enjoy jam tarts but lately I wouldn’t have been worried (or probably noticed) if I’d had one or two at home during the day… or reached for one at 9:00pm when watching the TV, despite not actually being hungry.

I’ve never been a dieter, always of the adage that it’s all about balance.  Calories in, calories out – simple.    Saying that being an impulsive person about 10 years ago I did a boot camp in the Brecon Beacons, a week of 600 to 800 calories and exercising from 5:00am to 10:00pm at night after reading about it in a magazine.   I left 10Ibs lighter, weighing bang on 10 stone and having a washboard stomach.  I felt amazing in the second photo (pink T-shirt in the middle but note how I bend my leg when standing to make me look even slimmer!)  below yet the moment I left that place I remember feeling paranoid about eating anything.  A month later and I was back in my normal way of life, no exercise and eating whatever and those 10Ibs were right back on.  That experience gave me a flavour for the level of commitment celebrities go through to achieve the bodies they do.   That ain’t for me, it was extreme and gruelling. 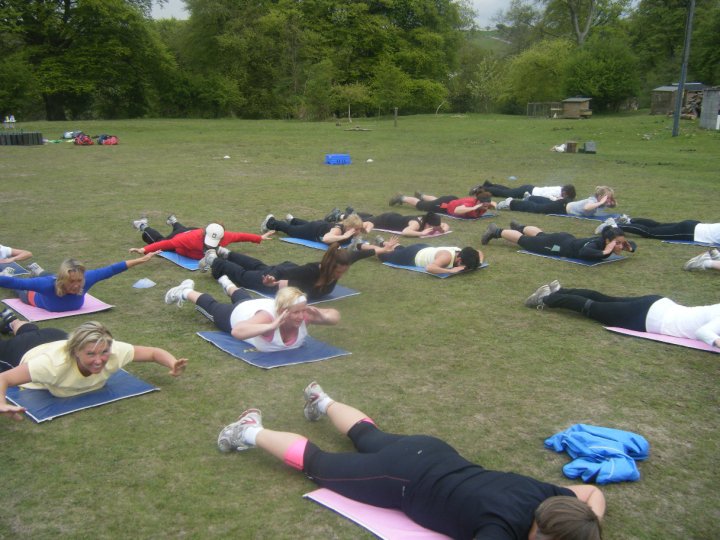 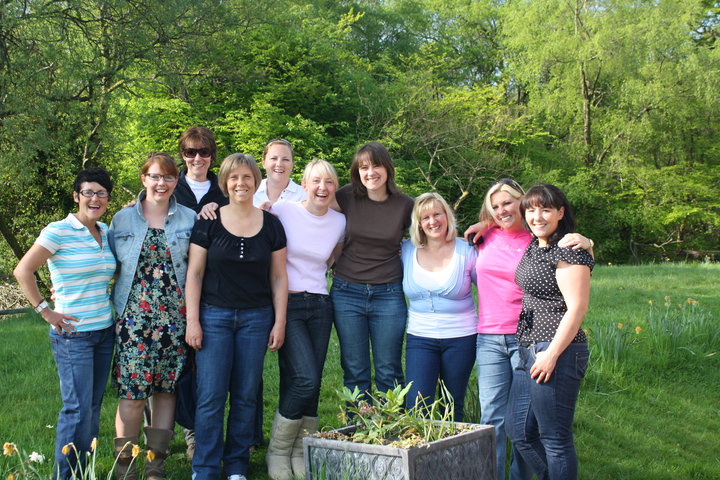 So I’m after sustainable, healthier choices that can fit in to my life.  I’ve already begun by starting strength training twice a week, so I’m stronger.  Strength training has also helped the guilt I used to feel about eating sweet treats.  In time it will also help my shape change but I am keen to support this by eating more mindfully.

After my stories naturally lots of you had experiences you wanted to share or recommendations of what had helped you in your own weight loss attempts, so here’s a summary.  But I just feel I need to caveat that the information I’m sharing is in no way intended to be given with any kind of knowledge, I’m not a nutritionist / Doctor or health professional and am instead writing this from a personal perspective.  So sounding like a TV programme do consult a professional before undertaking any kind of major dietary or health overhaul.

‘MyFitnessPal’ was recommended as a great app for tracking calories, particularly as there are hidden calories everywhere and often unless we record what we’re eating then its easy to think you’re eating far less than you actually are.   There was also lots of love from many of you for the Joe Wickes app.  Another app recommendation was the Nutra check app, which is said to be brilliant for keeping track of calories.

I started using the MyFitnessPal app today and found it easy to use, you can scan the barcodes of many foods – so instantly I knew what calories were in the meals I was making.   It gave me a recommendation too as to how many calories I should eat each day based on my current weight and height.   So I’m starting on 1400 calories a day – feels not many but actually by putting a bit more thought in to it today I’m going to hit that number.

A podcast recommendation for Jordan Syatt also landed in my inbox, apparently he has a no-nonsense approach and he’s especially good with women in their 30s/40s+.   (That sounds so wrong!  You know what I mean…..).

Other nuggets of advice

‘Look at Chloe Madeley. There are so many different ‘diets’ etc out there and everyone responds different.  I follow low carb on non training days so focus on good fats and protein but on days I train eat a carb and protein meal after training. I also take collagen powder each day now.   Like you i weight train twice a week and love it as I can see some changes in my body but I still have the muffin top/back fat which I too dislike. However this is a lifestyle change and not a quick fix so my trainer says to me it will go, just give it time.’

Jude recommended RWL to me, I’d never heard of it but a quick skim at their website and there appears to be some useful articles, as well as the option to sign up for online fitness workouts.   Personally online workouts don’t work for me, I need the push that a PT gives, otherwise when the going gets tough I stop…….

Elle told me how she stuck to 1300 calories a day for a short term boost to get rid of her muffin top, generally 2000 is the recommended amount for a woman.  As a veggie her day would kick off with scrambled eggs and veggie sausage, followed by prawn and lettuce wraps and cottage cheese for lunch and then tuna steaks for dinner.   Sounds good.

Lea has gone sugar free, something that feels impossible to me. I’d live in Wonkaland if I could, ‘I recently cut out 90% of dairy and have gone sugar free mostly – that’s also limited fruit .. and I’ve lost loads of my middle weight.  I don’t eat bread or pasta or rice. But eat lots of green veg, salads nothing processed ( as in sauces etc out of a jar ) or cakes’.  Personally I don’t think I could manage this long term but I’m not saying I won’t look in to it more.

Mairead uses intermittent fasting during the week, something I have never tried but thought sounded do-able, particularly as she then eats normally over the weekend.   She also has no wine from Sunday to Friday.   ‘Generally I stick to stopping eating at 8pm and start again at 12noon. You can drink tea or coffee so long as no milk so I drink green tea or water. Sometimes I do a “dirty” fast which means I drink a diet drink like Diet Coke or the lucozade zero but generally I try to have that around 7.30 so I can do a “clean” fast from 8. It’s more a mind thing, once you know you’re stopping at 8 it’s not a problem to do it. The morning not eating until 12 is harder but u can move times to suit u, eg 10-6 or 11-7.’

Josie at the Mindful Cook was one account recommendation you shared, she’s written a blog post all about why weight loss diets don’t work if you want to take a look.

There are so many other things to touch on that I haven’t mentioned, for example my age…… I can’t speak for all women in their 40s but my experience has been that this decade is the one that is having the most impact on my body.   From weight gain to starting to feel a bit creaky now and again when I get up off the sofa, peri-menopause / hormones etc all make your body feel a bit ga-ga.   That was my main reason for starting with Joe, my very knowledgable and lovely PT.     Focused on twice a week strength training to keep my bones strong and to prevent losing muscle mass, important as oestrogen levels begin to drop.

Lindsey feels the same ‘The muffin top is definitely my most hated 😩 and unfortunately the hardest to do anything with aswell! I definitely think turning 40 is hard! 30 was hard and now 40 is an uphill battle for sure! PT is definitely the way to go!’

There is so much more I could share from your messages and comments that I’ll share more later this week.    To date my experience (day one) with the MyFitnessPal app has been good, just kept me focused and made me mindful about the food choices I made.   So one biscuit not five, a banana instead of something bad.   All common sense stuff!