Nine months after our house went on the market we finally moved in to our new house ‘Little Ravenswell’, on the 18th of December 2017.  The process to that point hadn’t been without its stresses with us only exchanging contracts the day before we completed.  Given the short time between exchange and completion we’d had to organize a removal firm to pack us up before our contracts had been exchanged, so I did feel slightly nervous once everything was boxed up knowing there was still the possibility it could still fall through, however the length of our house sale process meant we were all itching to move on to our new adventure. 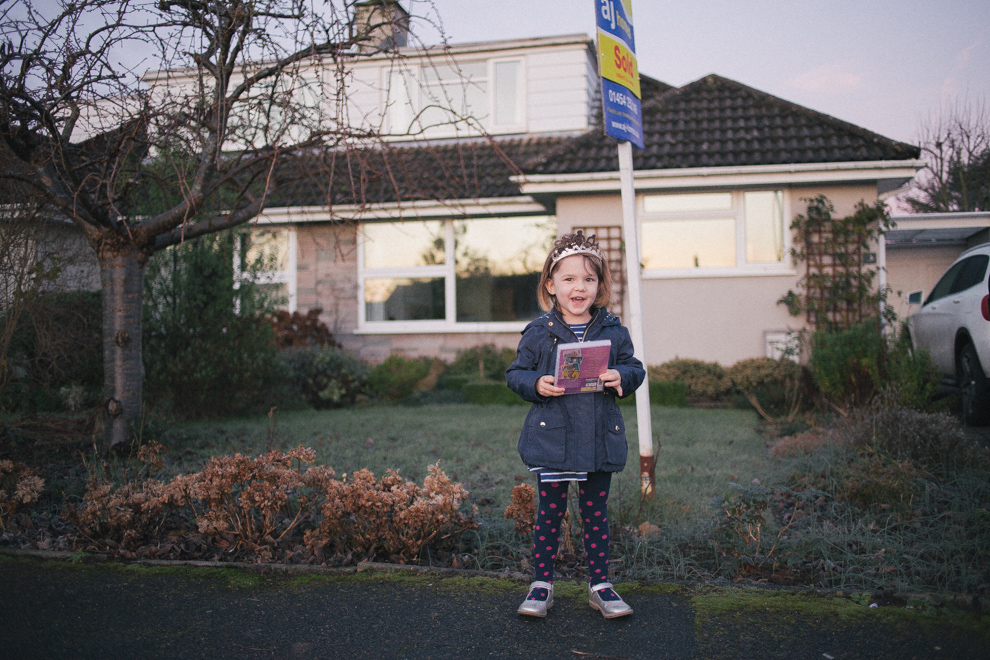 Moving day we were up early to drop Poppy and Caspar at nursery (I managed to get Poppy to pose outside the old house for one photo before they hopped in the car), with them both safely dropped off we came home and started packing up our essentials.  Two removal vans arrived, one slightly delayed after mistakenly arriving at the house we were moving to, not the place we were leaving behind!  We then watched as the removal men began the task of packing our life into their vans and they did it with great skill, like a jigsaw pro. 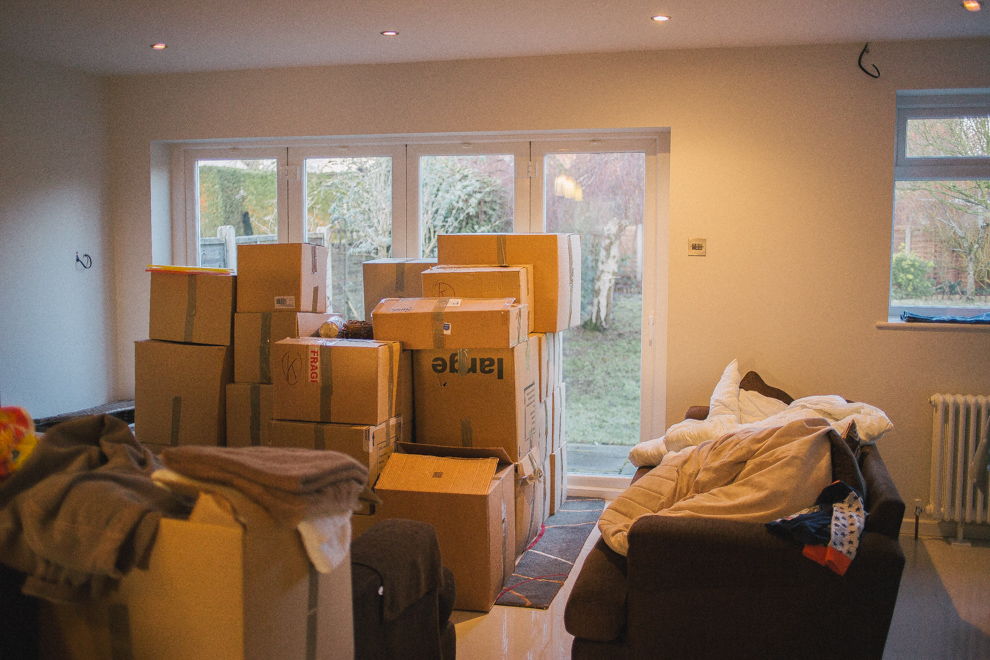 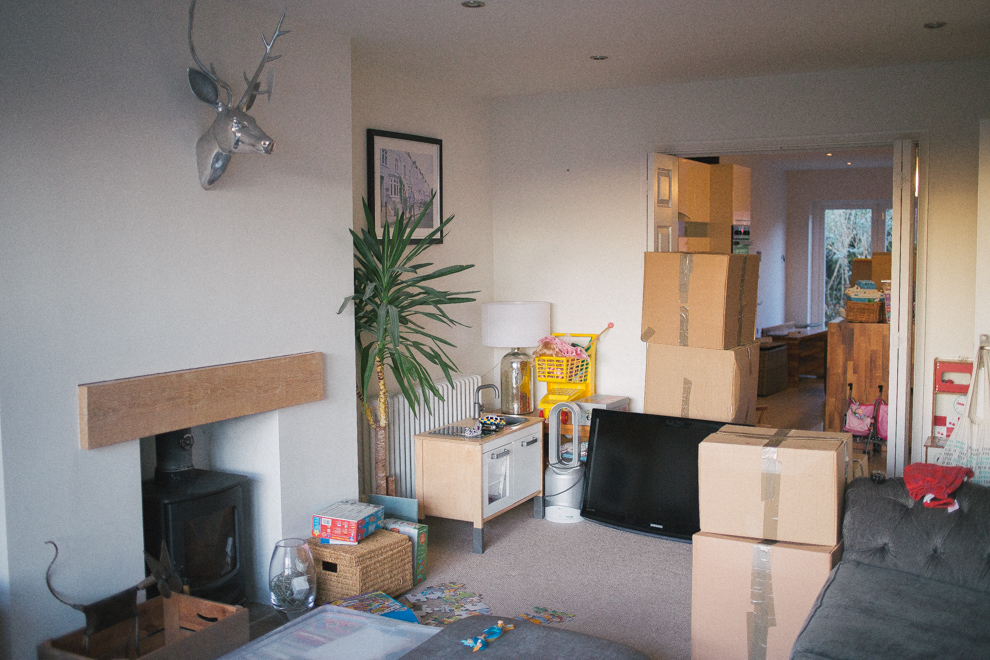 At about 1:15pm figuring we’d soon get the call from the Estate Agent to go and collect the keys, I headed over to Thornbury in anticipation that the keys would soon be released – two hours and two cups of tea later, I was still sat in the estate agents reception waiting for confirmation that the keys could be released.  Delays with the funds being transferred at the bottom of the chain meant we didn’t receive our new house keys until 4:00pm, as the process involves each purchasers funds making their way to the vendors solicitor, one by one.  The release of our keys was speeded up by me marching across to the Solicitors office (across the road from the Estate Agent) to chivvy the process up.  As it became dark outside my nerves became slightly jangled as I knew our old house was now inhabited by its new owners yet the funds to purchase our new place still hadn’t reached the vendors solicitor for our new place, so we had about 45 minutes of being homeless.  Knowing it wouldn’t be long before the children had to be collected from nursery and we hadn’t a house or beds made up for them I was keen to get a wriggle on. 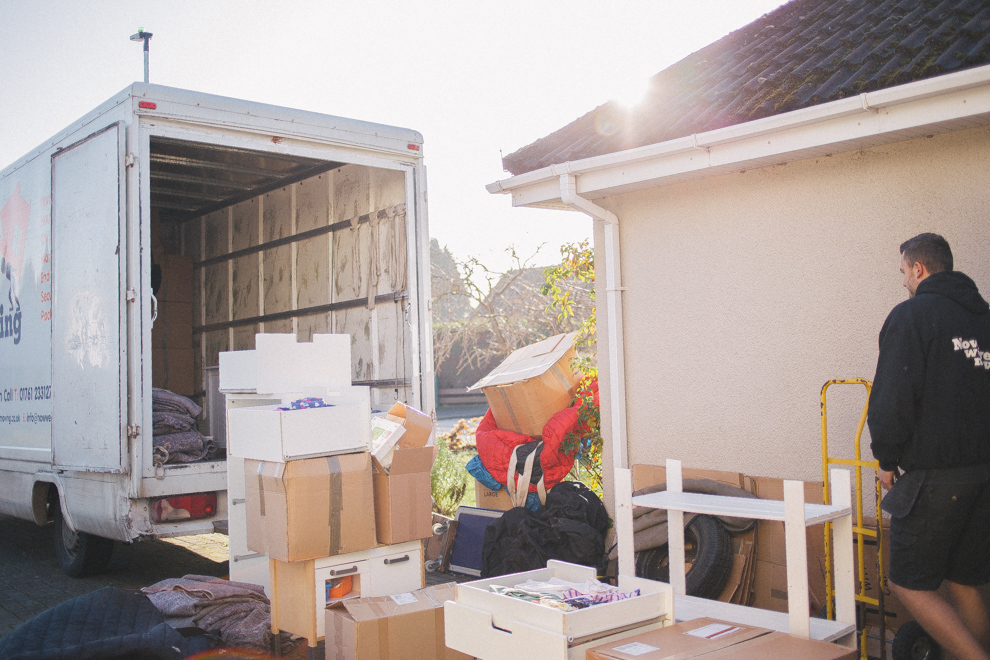 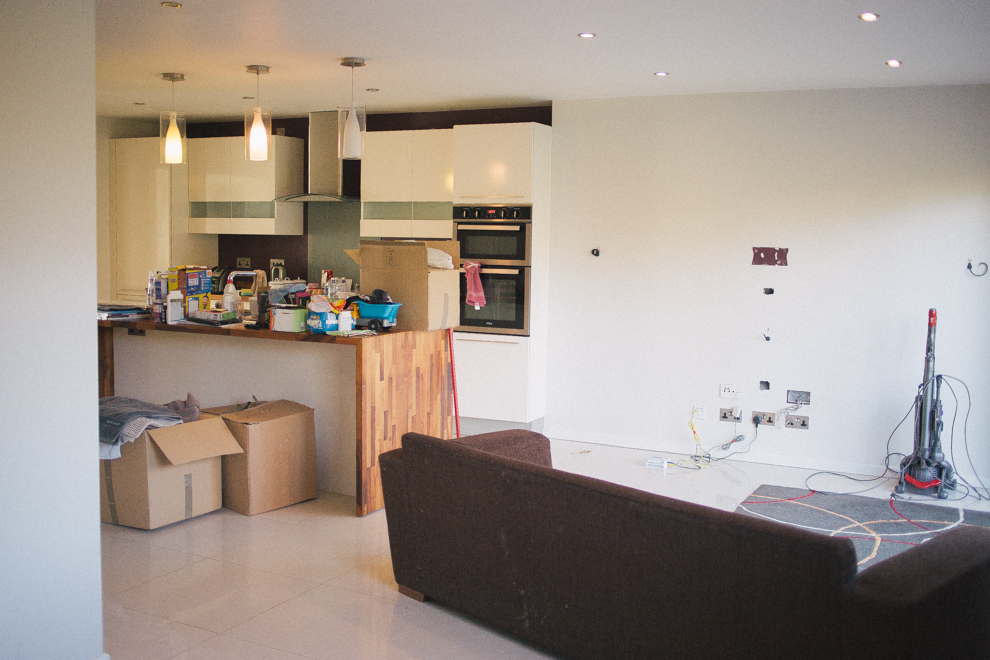 The moment I got the keys it was a quick drive to the new place, where sat in the street were our three removal vans, my in-laws and my husband all itching to begin unpacking against the fading light.  Almost immediately our new next-door neighbors came out to say hello and offered everyone a very much appreciated round of tea and mince pies!  The removal men worked like Trojans and had everything unpacked by 6:30pm, by which point I’d picked up the children from nursery who were rather bemused at what was going on around them.  Once we’d put them to bed, we crashed out exhausted at what had been a very long day!

This error message is only visible to WordPress admins