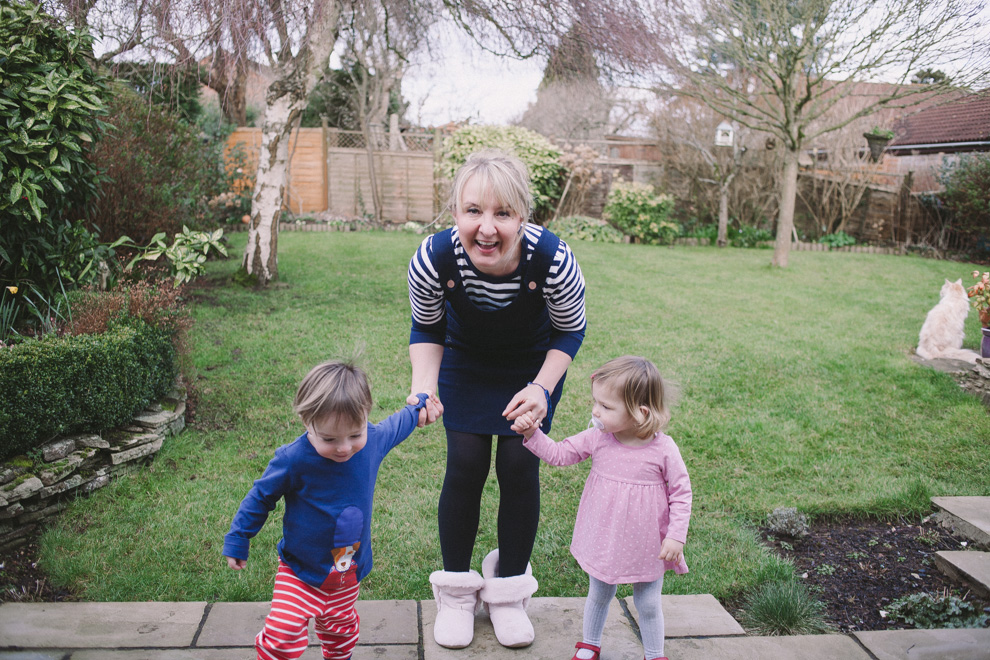 Finding out we were having twins wasn’t a surprise. Like many people we found ourselves going through the IVF route (well ICSI to be precise) after trying for children for many years. Six years of trying, many failed attempts and at the point when we were about to remortgage the house to continue in our bid for a family, I became pregnant on our sixth attempt.   We’d thrown everything we could at the cycle, opting for the most advanced help we could afford. Our successful attempt had seen us try something called ‘embryoscope’. This is time-lapse embryo development monitoring as well as me receiving a soya-based infusion directly after embryo transfer, known as ‘intralipids’. Sad that my knowledge of the reproductive process and infertility techniques became so advanced really, but the IVF process does that to you –it becomes all consuming and fills your every waking moment. 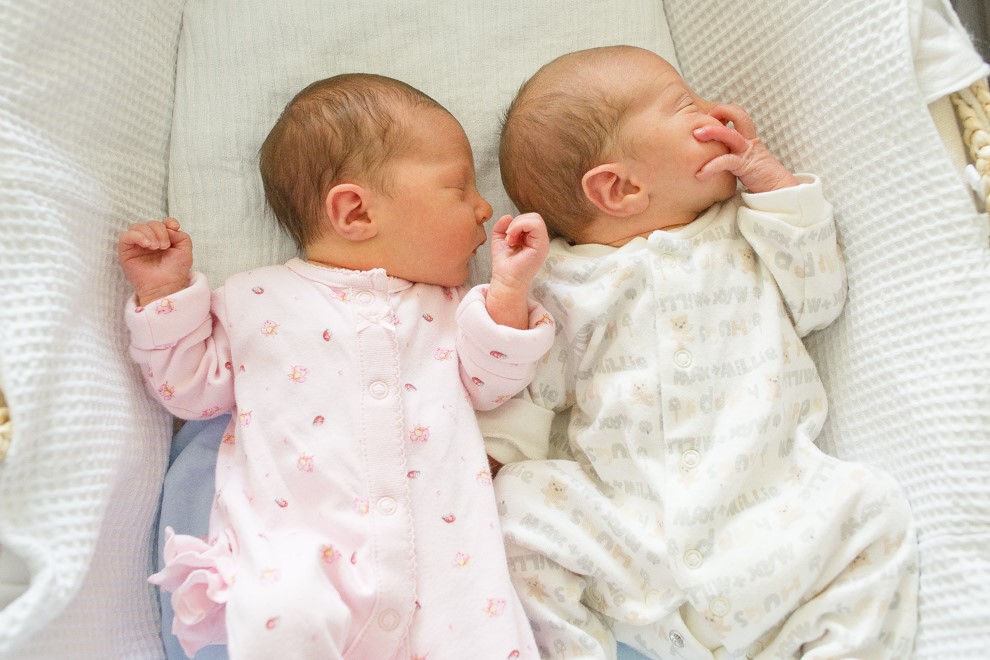 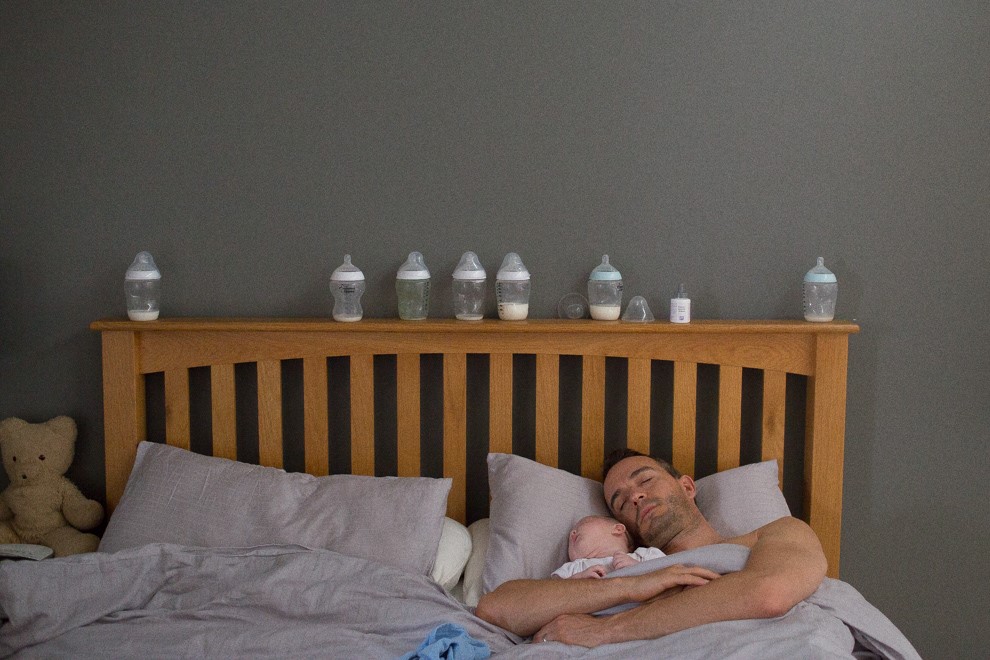 Becoming pregnant after so long of losing hope and doubting it would happen was a shock. It was a Sunday morning and I’d got up to make my husband and I a cup of tea. As I waited for the kettle to boil I went and peed on a pregnancy testing stick, I left the stick to do what it had to do whilst I went back and finished making the tea. Heading back to bed with two mugs of tea, I wasn’t even going to bother looking at the testing stick, I’d become so used to being disappointed. Going through this current cycle, I hadn’t felt excited, I hadn’t felt optimistic, I hadn’t really felt anything. Strangely, I felt numb. I think that’s what the infertility and IVF process had done to me, it had numbed my emotions and in hindsight my way of getting through this was to treat the latter IVF attempts as matter of factly as I could, trying to protect myself from the crushing disappointments I had become so used to feeling.   I did check the pregnancy test stick with a quick glance and stood there dumbfounded, open mouthed at the pink line. My first reaction was “this is a cruel mistake”, it was a false reading and I mustn’t get my hopes up, but I did.   Deep down in my gut I instantly wanted to believe it was true yet was terrified that it wouldn’t be.   When I told my husband he chuckled…. then said, “you know it’ll be twins, don’t you?!” 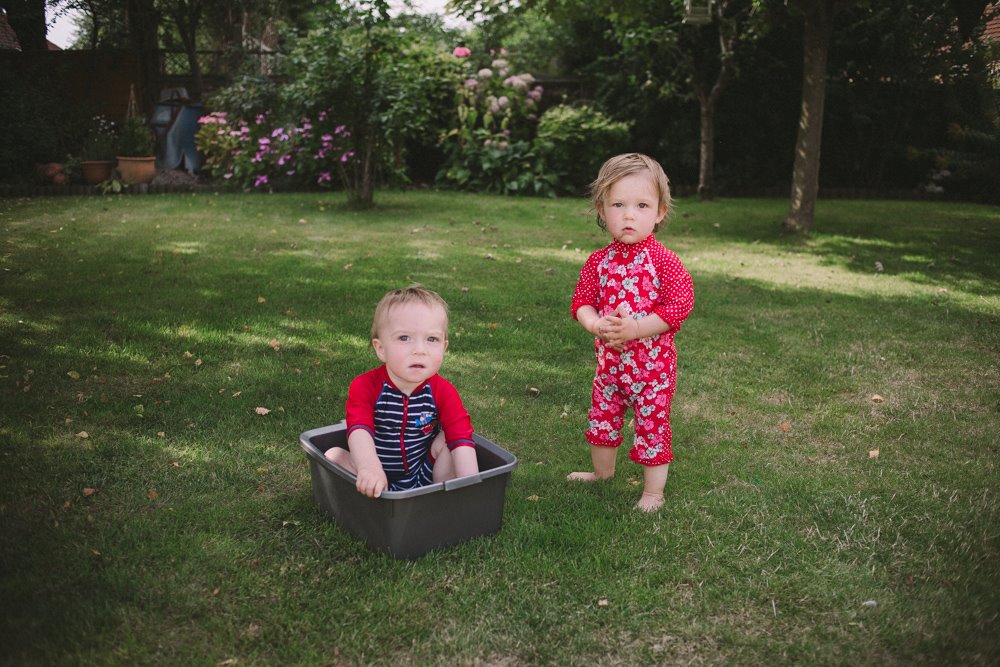 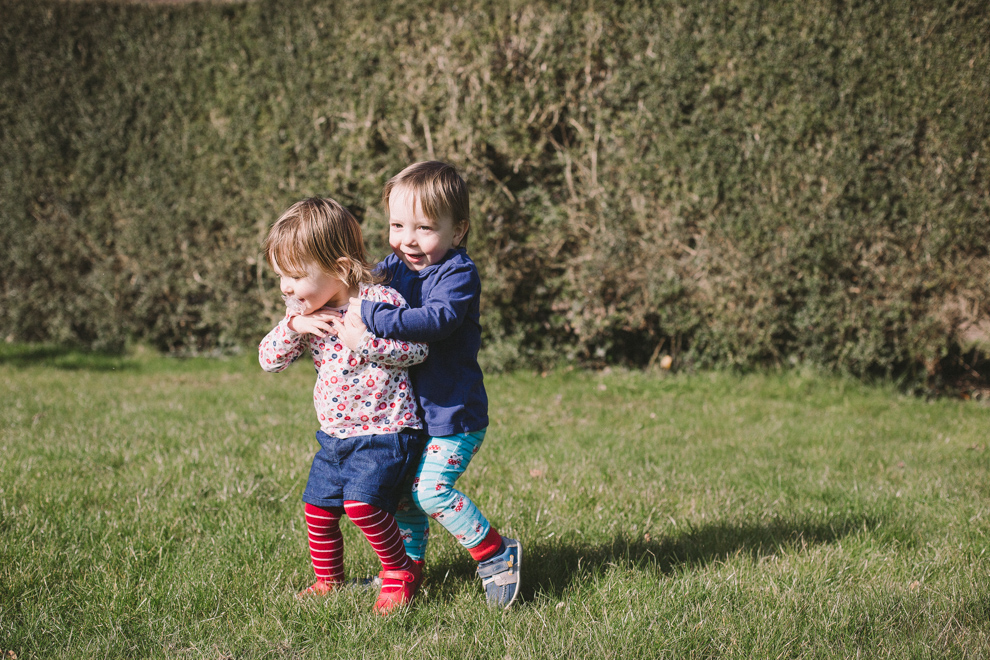 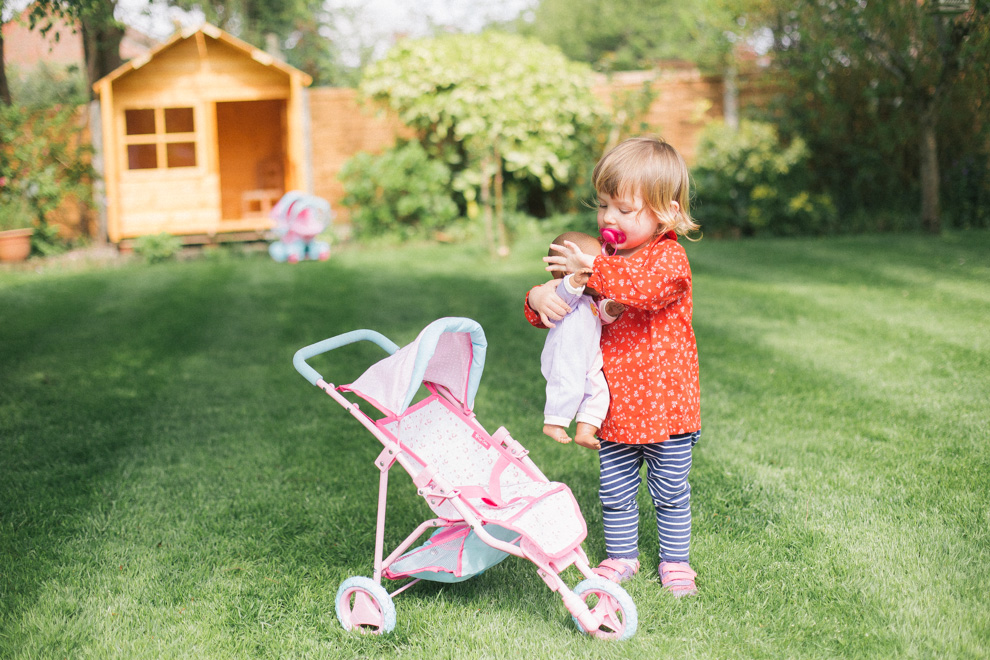 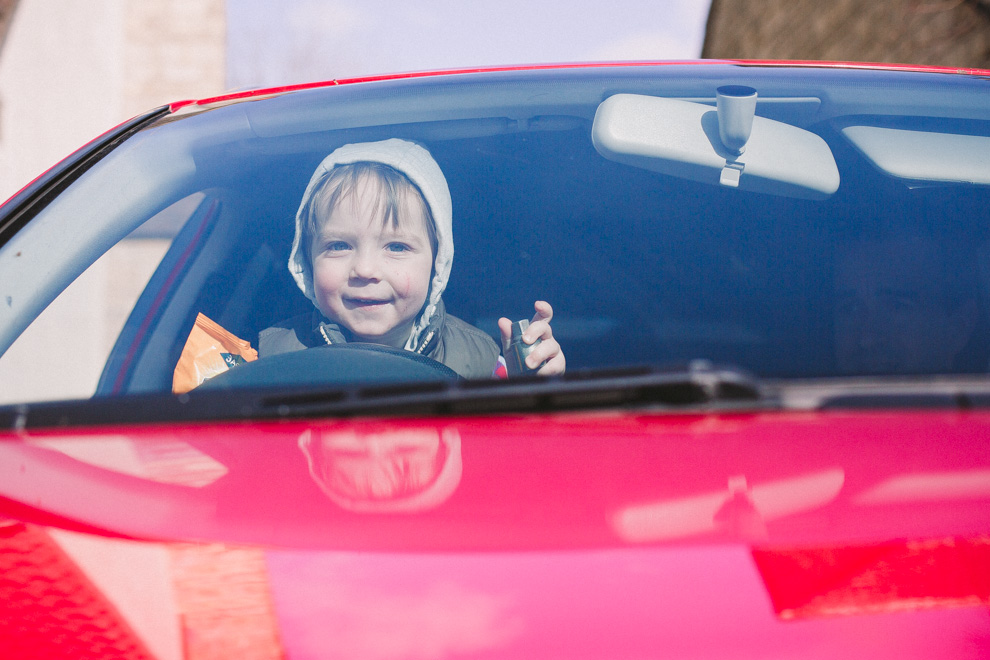 We had our first scan at about five weeks. I got to see my little people on the monitor at the clinic. It was amazing. Something that happened so naturally for many and something I thought wasn’t going to happen for us, appeared to have worked.   Those next few weeks, waiting to reach the supposed magic marker point of 12 weeks were time of heightened emotion, anxiety and fear. At any moment the dream , in touching distance, would suddenly crumble.

I relished the lovely comments I received from friends and colleagues once word of my pregnancy was out after the 12-week point. But, in honesty, having spent so many years trying to get pregnant my thinking had never really allowed me to consider what it would be like actually having a baby when it (well they) were born! Sounds daft doesn’t it? Yet I think I’d protected myself emotionally. As a result, when they were finally born, via a planned Caesarean section (due to twin one being feet down and the risk of her getting stuck in the birth canal), I then had a bit of a shock as life shifted dramatically into a different realm. 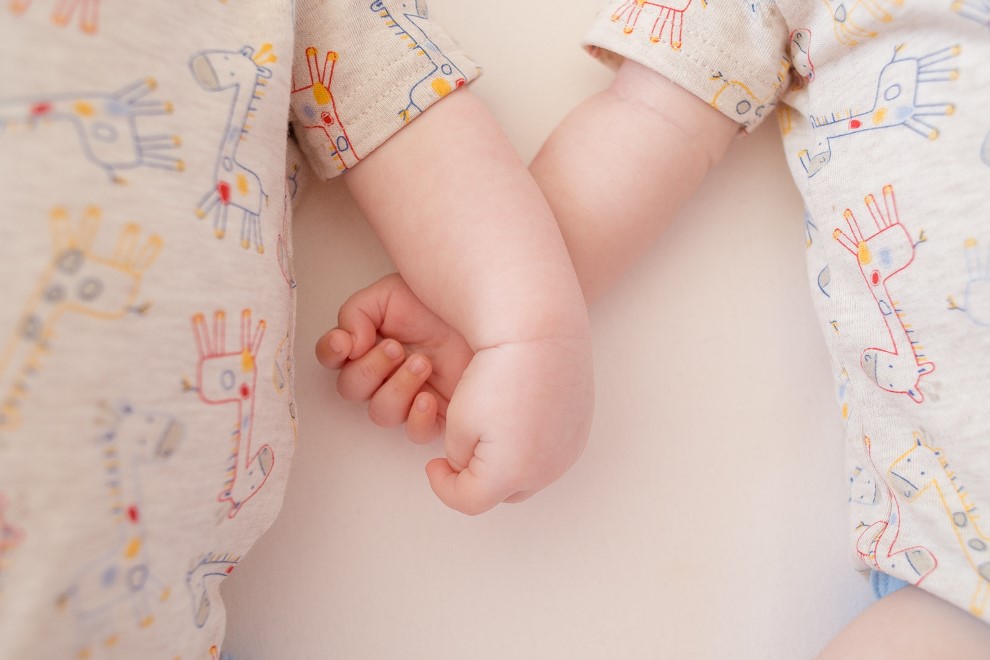 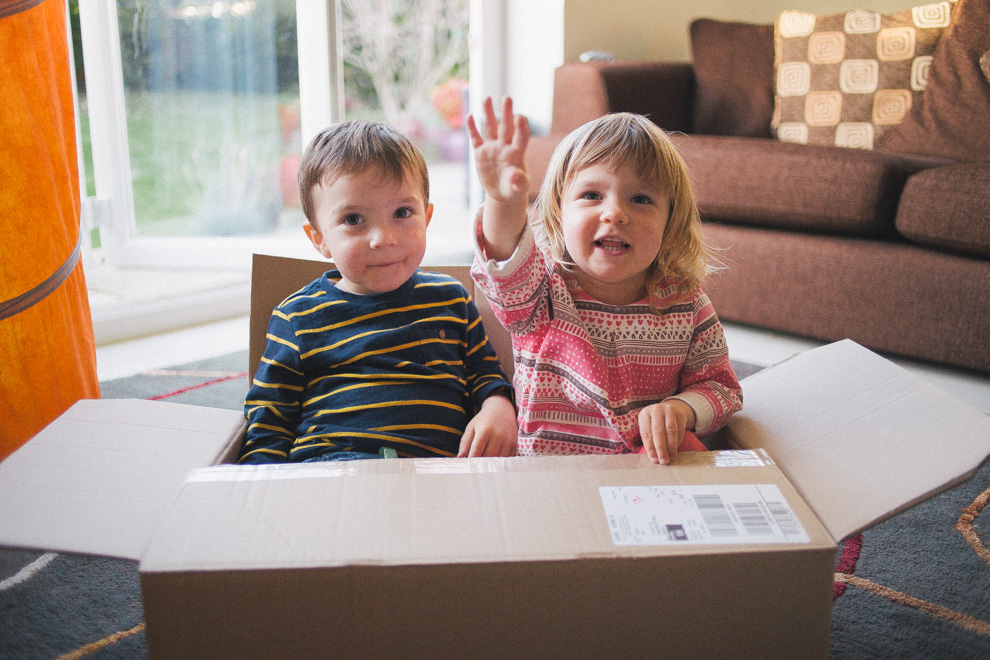 Months after they were born I found myself googling fairly frequently ‘When does it get easier with twins?’, Why does my baby keep rolling over and waking himself up?’, ‘When will I get some sleep as a twin mum?’ and all manner of other questions related to my little twosome. The one I google and regoogle the most is ‘when does it get easier?’.   The number of times I’ve mulled over in my head ‘this is soooo hard, why did we do this?’ and then felt immense guilt for thinking these thoughts. How could I think like this after wanting children for so long?   Don’t get me wrong, I adore my children, however, nothing can prepare you for how hard it is.   People told me beforehand it would be, yet until you are a parent of multiples I don’t think you can understand. My lovely friend Kelly-Ann summed it up when I visited her with the babies. As they rolled around on her living room carpet she said to me:

She was so right. Twins add a whole new complexity to things. I couldn’t leave them with family and nip to the Post Office, for example, as two babies is far more daunting for anyone to manage compared to one. Going to the garage for petrol required me to fill up my car and then undock their baby seats from the car and carry both car seats in, one of each arm. A minute activity becomes 20 minutes when you have twins.

When they were babies it wasn’t always easy to go to baby classes. I managed to find a baby sensory class where the instructor, from time to time, would pick up one of the twins, whilst I interacted with the other.   You naturally feel more comfortable with other twin Mums because they get it, they get the craziness and challenges you are going through and I found my main baby friends to be those with twins. 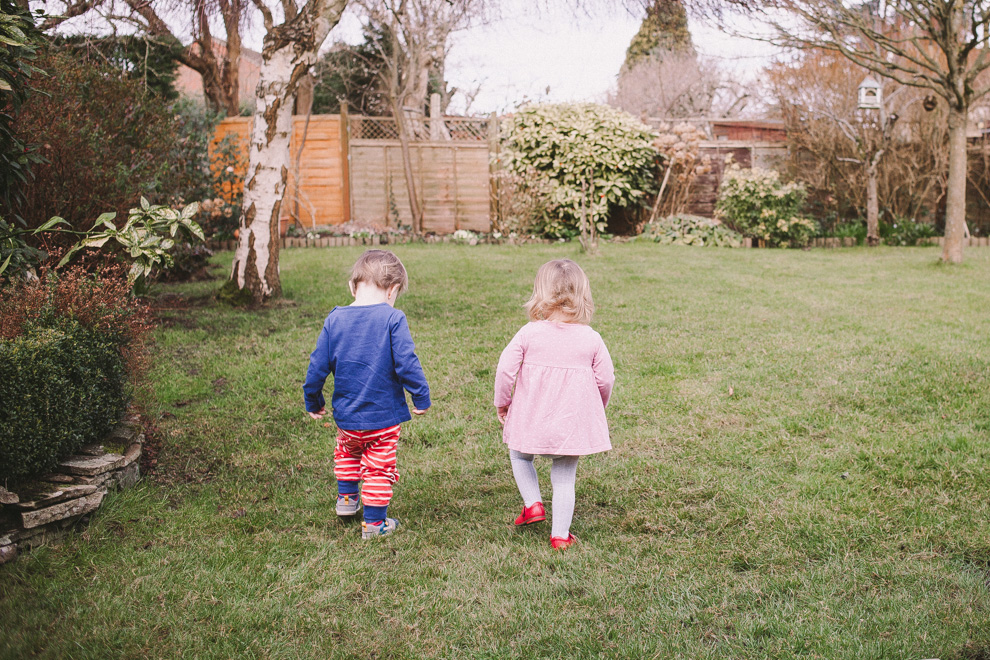 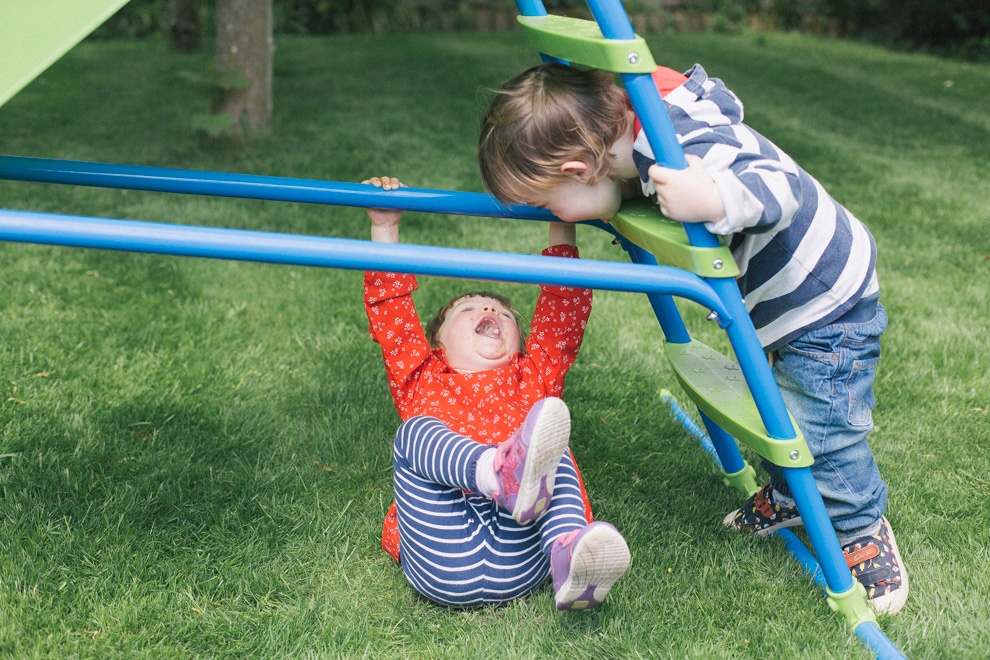 I don’t think I could have prepared for the depth of tiredness I felt in the first three months, feeding them every 3 hours, day and night. I found myself virtually falling asleep standing up.   However, during the 2am feeds, the chats I had with my husband were some of the best possible. 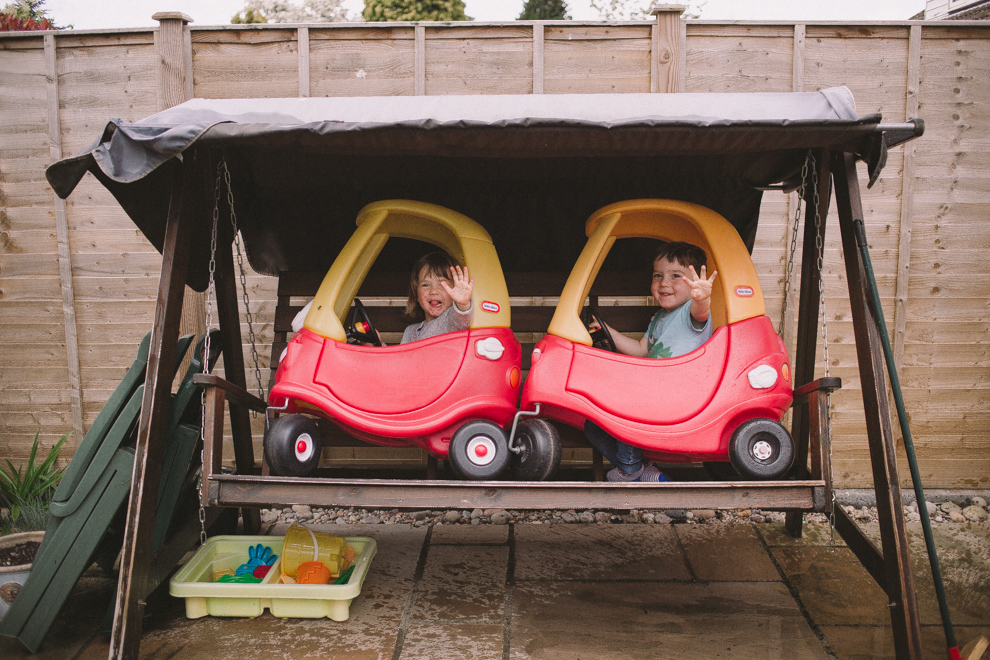 Despite the horrendous tiredness, this was outweighed by the supportive and kindly curious comments I’d get when I’d be out pushing the double pram. I’d be frequently stopped whenever I went shopping, with strangers interested in the two little people inside the pram.   Often the first thing people said was, ‘Double Trouble’, to which I’d find myself smiling; ‘No, double the joy’, which more often than not, would lead on to a pleasant chat about life with twins,. So many people enjoyed telling me about the twins in their family, or asking about my two – I was touched. 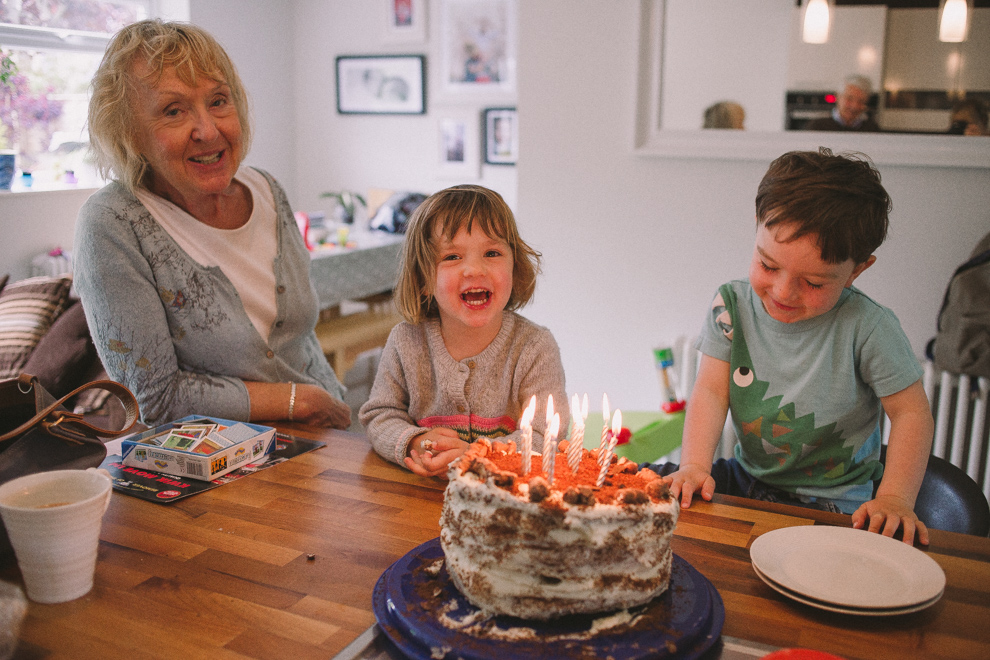 I did, if I’m honest, grieve for my old life at times. With twins I now no longer do anything for me until after 8:00pm. It’ll be the same for many parents, I’m sure. I would love to be able to read a newspaper with a glass of wine occasionally, but that old life felt empty without children. Exhausting as it is, I wouldn’t change it. 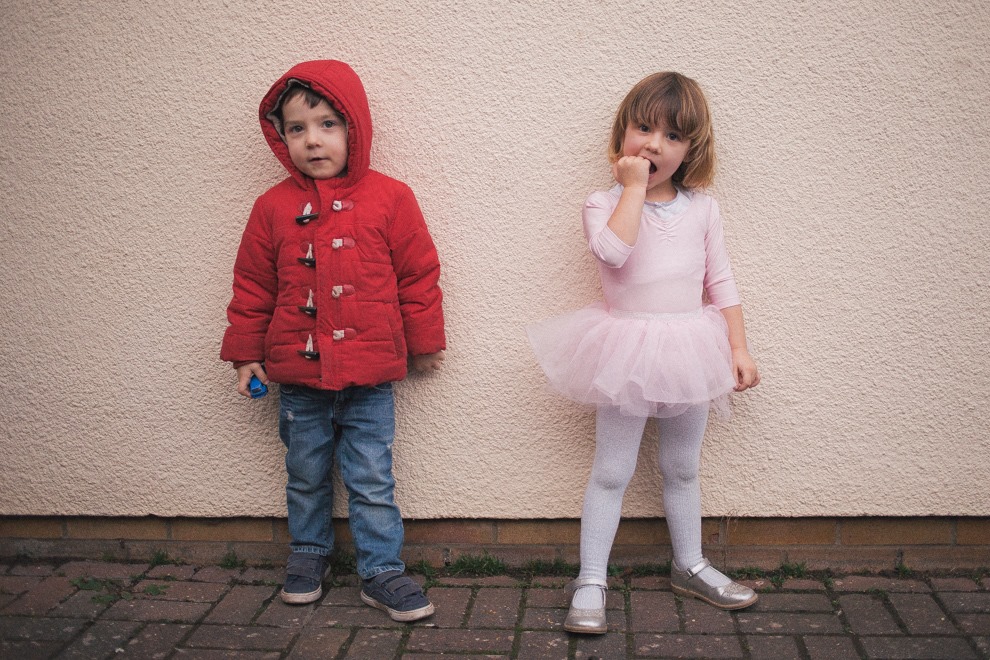 Fast forward to today and the children are 3.5 years old. My husband and I have survived, thus far. The tiredness of those early newborn days has now been swapped for children who are bright, inquisitive, happy and full of beans. They swing between being best friends, laughing and playing with each other to tears and stamping feet when one takes the others toy.  They may both want my attention at the same time, yet we share huge cuddles, love to do things as a family together – swimming currently being their favourite activity.   We get out every weekend, whether to the Harbourside for walks, to the Zoo or just ‘round the block’ on their bikes and scooters. It’s a real joy.  They love to be together and already look out for each other.  Their nursery has told me how when Caspar fell over recently whilst playing and hurt his knee, Poppy came over to him and rubbed his back and tried to kiss him better.  If Poppy gets really upset and tearful about something, I’ve seen Caspar become very upset, distressed that his sister is unhappy.   Knowing they’ll have that bond, long after I’ll have gone is a great feeling.

Seeing them develop into happy, healthy, independent little people – with big personalities – is amazing, even if under eye concealer now plays more of a role in my life as a result!

If you are pregnant with twins now I promise you it is utterly magical.  Don’t be daunted by it.  Find your local twins group (look up TAMBA) and connect with other twin parents.  Just enjoy every moment of it and don’t be too hard on yourself if you find it knackering.  It is but it does get easier and its just the most rewarding experience possible!

If you’d like to get instant updates whenever I publish a blog or want to share your experiences of twin parenting then I’d love to hear from you.  In the meantime do follow me on Facebook. 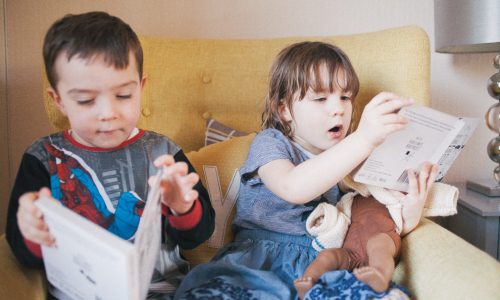 The perfect books for babies… 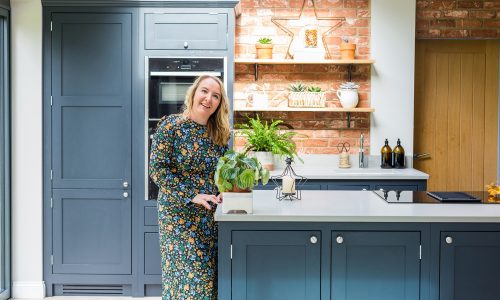 4 comments on “The Beginners Guide to Toddler Twins!”