This week I’m pleased to be taking you behind the scenes of the instagram house that is Victoria’s 1970 pad, otherwise known as inside_no_8.   Victoria is the face behind this renovation and she’s grown a huge instagram following during her renovation journey. 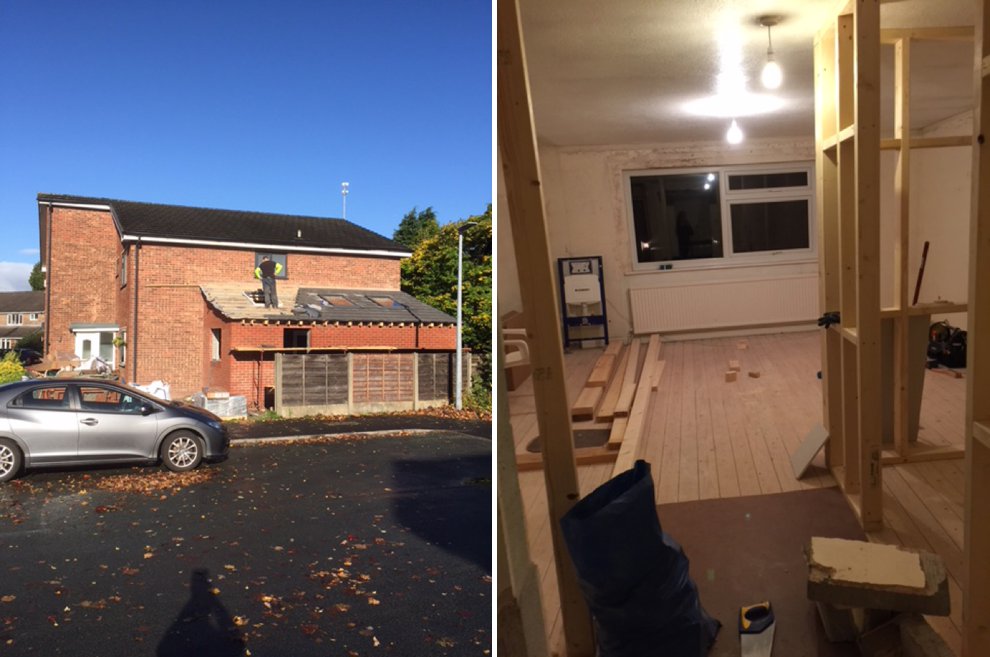 So over to Victoria to tell you more about ‘Inside No 8’…..

Both my husband and I had both previously owned houses and done moderate work on them such as decoration and getting professionals to replace bathrooms or kitchens.  We decided to get a house together, that needed to have space for us as well as children.  There was no initial plan to do a renovation – just to find a suitable house.  We looked for quite a while (12 months or so) and viewed a lot of houses.  Many had been extended or changed in some way, and most of the changes were poorly thought out or suffered because of original house layout or compromises due to the plot or budget.

Tell us more about your project?

Eventually we viewed a 1970s 5 bedroom detached house with a simple layout of good sized rooms upstairs and downstairs.  Very little had changed in the house, double glazing had been added but not to our style, the kitchen had been redone modestly a few years ago and the on-suite bathroom had been given a rather poor makeover with a new shower and tiles, but the original powder blue sink and toilet remaining, complimenting the avocado suite in the main bathroom.  It was a well-kept house, but very dated.  The house was below our maximum budget, so allowed us to put some money aside for changes.  We’re both fairly practical and have been involved in finance/IT project management, so felt we could organise getting work done and also do some jobs ourselves. 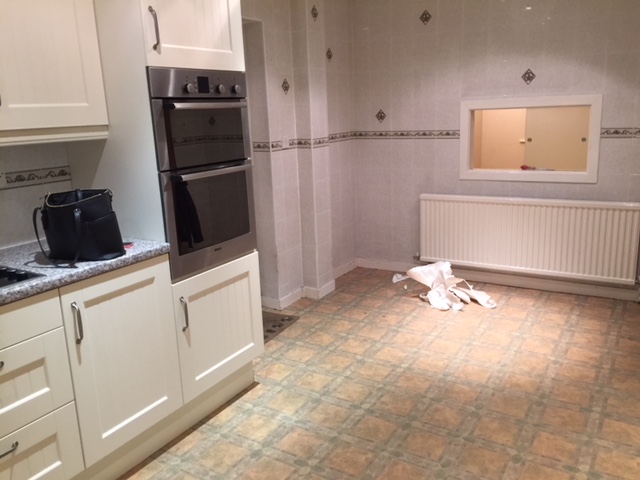 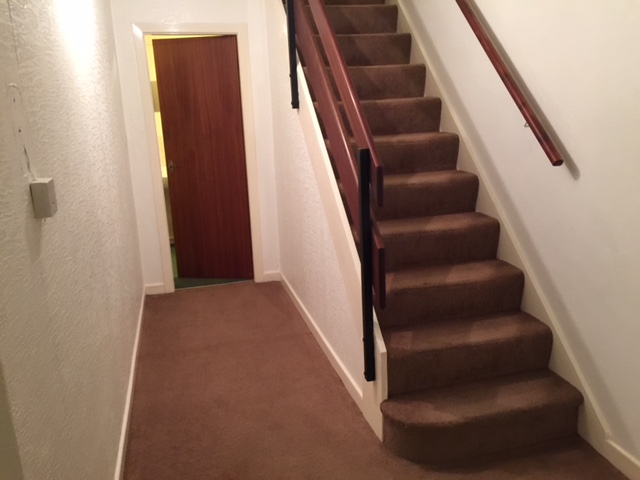 For various reasons including the vendor preparing their new retirement flat for moving into, and one solicitor going bust during the process, the sale took the best par of 9 months.  We spend the time using a planning app to design every room of the house, and to visit newbuild houses to get ideas for modern features and designs we could copy.

The house was top-heavy, having 5 good sized bedrooms but an integrated double garage downstairs that took quite a lot of floorspace.  Our research helped us design an open plan lounge/dining room/ kitchen (as we had seen in newbuilds) – by combining the original lounge/kitchen and adding a single storey side extension to balance the floorspace, and adding bifold doors to open out to the garden and let in light.  We also redesigned the main bedroom which was above the double garage and huge, and had a ropey en-suite in addition.  We put a door from the second bedroom through to the en-suite, and sealed up the original door.  Then we built another en-suite and walk-in wardrobe into the main bedroom, using some of the excessive space – and moving the entry door to a central point as well as adding double doors and a glass Juliette balcony to get plenty of light into the room (which was previously dingy).  The downstairs extension and open plan and upstairs re-jig were the main ‘build’ elements of the work.

In the rest of the house we re-plastered pretty much everything (including over-boarding stippled ceilings), replaced all skirtings and architraves with more generous sized and moulded versions, and replaced the paper thin original doors with heavy oak doors.  Tiling, new floor surfaces (carpets, wood effect flooring), new kitchen and bathrooms were also done as well as most windows being replaced.  Along the way there was a lot of electrical work (replacing single pendant lights in large hallways with multiple spots, adding more plug-points where most rooms only had one, replacing all old switches and sockets, some with brushed chrome etc).  We also added a large 2 sided gas fire in the open plan area to sperate the lounge and kitchen.  All in all, an incredible amount of work. 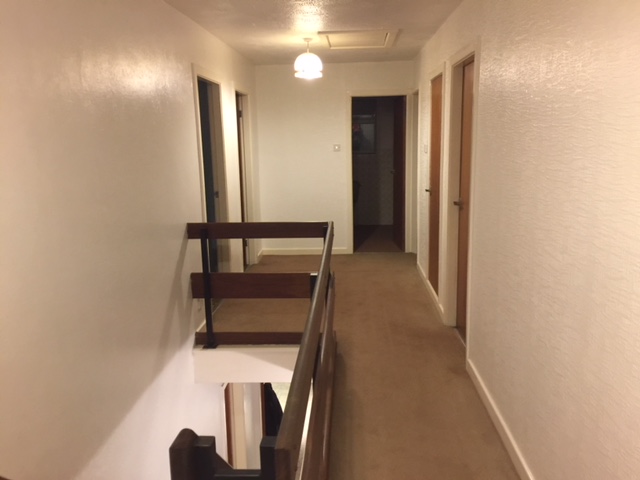 We did manage to do some work ourselves (plaster-boarding, lining new en-suites with backer boards, all the decoration and some little jobs it wasn’t worth getting someone out for).  We were fortunate to find and get recommendations for many good tradesmen – and managed the work ourselves apart for the extension build, to avoid paying a builder’s overhead and also to make sure we got exactly what we wanted.

When do you hope your project will be finished?

We still haven’t finished despite everything we’ve done to date,  the porch is planned for replacement next week (including turning a flat roof into a sloping one) and some remaining windows will be replaced.  After that we want to sort out the featureless back garden by adding a pergola and some composite decking and outdoor tiles. 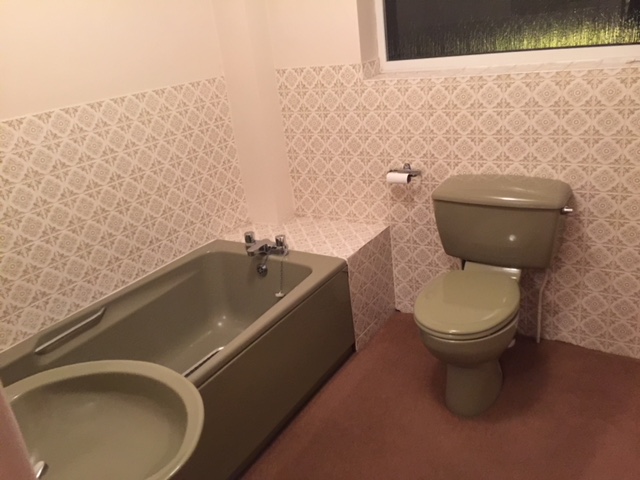 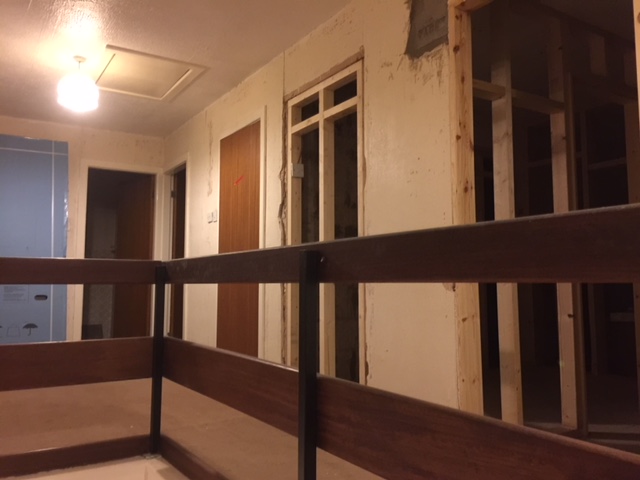 Has it gone to plan to date or have their been unexpected hiccups?

On reflection we’re really pleased with how everything worked out.  We spend lots of time in the open plan area which is a lovely space we can all be in without feeling crowded.  We would have done some things slightly differently – we left the porch and windows due to budget running out – and we should have borrowed a bit more money and got them done at the same time – the builders aren’t so easy to pin down for small jobs and the window replacement will need the decor fixing again afterwards.  We did take a while to decide on the quite expensive fire – but it was definitely the right decision to get that installed at the time of the build; it’s added a real feature and was a lot easier to install before the floor and decor were done.  We made one main ‘error’ on the bathroom design, thinking we wanted a shower over a standard bath.  One year after buying the bath we managed to take it back and get credit against it for some tiles, and changed to having a freestanding bath instead – much nicer design!

What’s the one bit of advice you’d give to someone about to undertake a home renovation project?

The main advice we would give is to plan the work very well; we had modelled every room on a 3D-app and were able to show tradesmen what we were doing from the start and made detailed lists for electricians on exactly what we wanted where.  We also wanted to know that the space would work for us, so translated the app designs onto room floors using masking tape to test dimensions and walkway spaces etc.  The viewing of new build properties (even those you can’t afford) gives great ideas for the open plan and dimensions for a walk-in wardrobe – so much easier to commit to if you have seen the actual space. 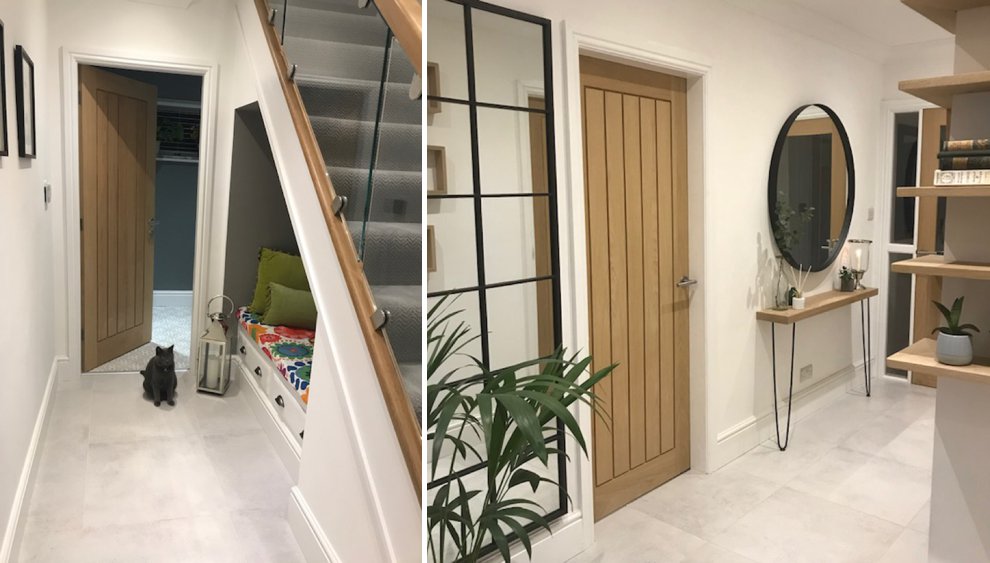 We also got good ideas for en-suite designs and fixtures, skirting boards, doors and ceiling cornices from the local new builds.  Also take a look at your local wood merchants (skirting ideas), larger B&Qs for things like cornices, Howdens for doors, topps tiles and local bathroom showrooms for tile ideas and bathroom fittings….Oh, and don’t forget using LED lighting in kitchens and bathrooms, can make a really nice feature. 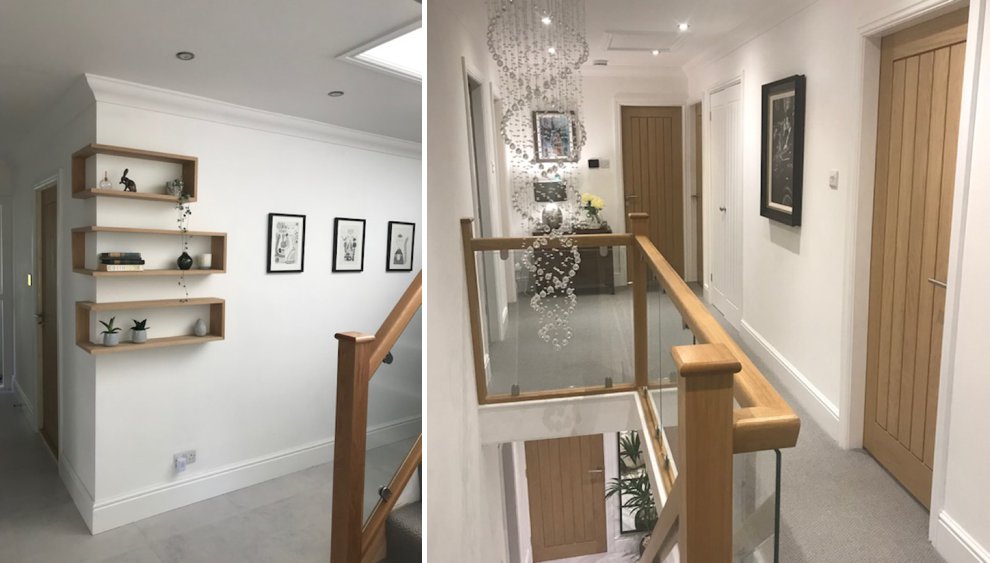 Finally, our greatest source of inspiration – Instagram!  Loads of pictures and great ideas, great fun to browse and see what might work for you.

A massive thank you to Victoria and her husband for sharing all the above gems – so great to see how they’ve transformed this 1970s property in to the gem it is today – I love the bathroom and the walk in pantry is just fantastic! 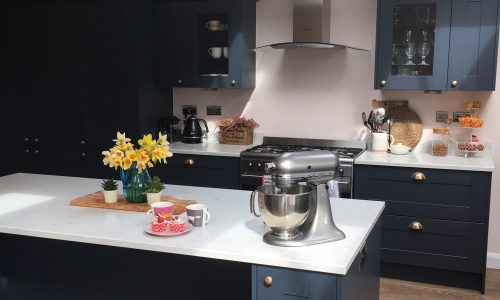 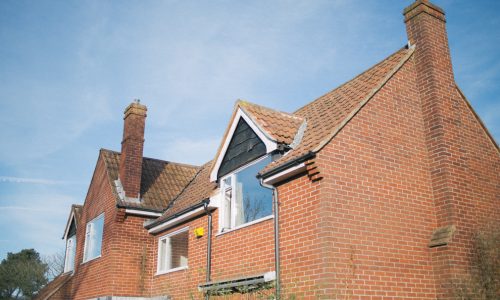 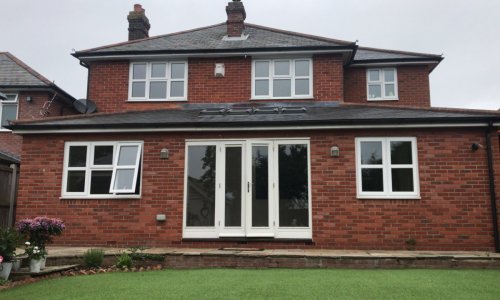